At the official presentation of Frank & Co on the 20th of november 2020 the first book was for special guest Dweezil Zappa.
The presentation was held online. Click on this link for the podcast, then click on ‘speel af’ (English spoken, beginning is in Dutch.)
More info on the book you find on www.frankandco.nl

The book you’re about to read will elucidate the important characteristics of a lasting friendship between my father, Frank Zappa, and the author Co de Kloet. The respectful and edifying conversations between them have been magnetically preserved by Co, and they reveal playful ease at times. This is quizzically uncustomary considering my father’s disdain for being interviewed. My father was more notoriously greeted with fear and trembling from lesser journalists as his comportment toward them appeared to grow more menacing in response to their aimlessly regurgitated questions. However, conversations with my father in “journalist”-free zones were very different. He was very curious, open, and anthropological. He was fascinated by people and the folklore surrounding their proclivities. His musical text is only a hint at his keen perception of humans in the wild. Some of his songs have content that could be ripped from today’s news headlines even though they may have been written more than fifty years ago. His countless interviews reveal an even deeper understanding of the underpinnings of society and his ability to predict foreboding world events. Fake news is not a new invention and he wanted people to be aware of their need to be critical thinkers at all times. (….)

This book is somewhat analogous to a documentary movie for your brain. The details that unfold are sourced from authentic recordings of interviews over a period of more than twenty years. Whether my father is expressing his views of religion and politics as well his opinions of their ill-advised enmeshment or his bleak opinion about some of his former employees playing his music in public, he gives it to you straight. Well, he gave it straight to Co, and now he’s giving it to you! There are many things waiting to be uncovered by you during your exploration of this book. (….)

Some people that like my father and his music are considered to be unusual. If you’re reading this book you’re probably one of them. When you see Co, thank him in person for keeping the unusual music we love accessible on the airwaves.

(You can read the full forword in Frank & Co) 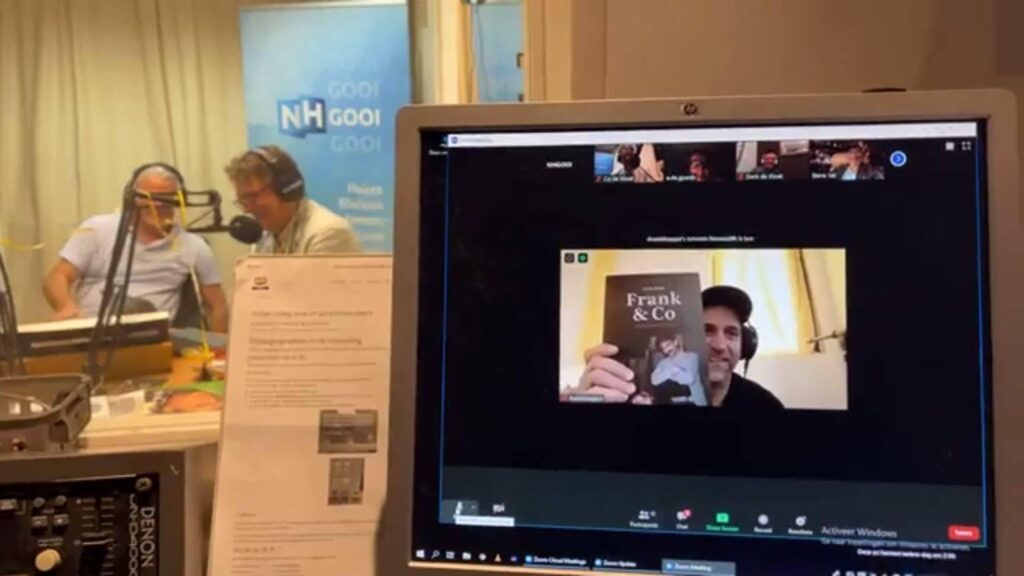 About the Author: Marjan Tulp